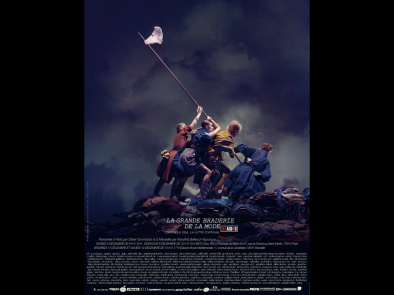 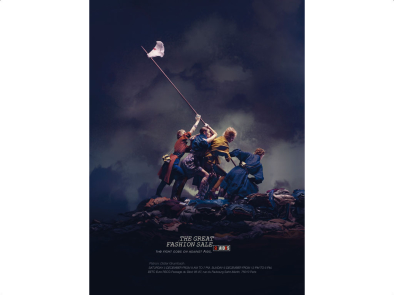 AIDES is the largest HIV/AIDS charity in France and Europe. After 25 years of existence, its ambition this year is to develop new programmes and campaigns to combat HIV/AIDS and to enable NGOs in other continents to benefit from its experience and skills.
There are currently 33 million people worldwide living with HIV/AIDS. 2.5 million people were infected in 2007**. In France, around 150,000 people are carriers of HIV/AIDS**. The financial capacity of government bodies to combat HIV/AIDS in France is becoming increasingly restricted, even though there are worrying signs that the epidemic is far from being under control. Therefore, private support is still essential.
For all these reasons, BETC has been involved in this event for the last 5 years, offering its own space on the ground floor of its main building, the Passage du Désir, and producing the promotional visuals.

The strategy was to put the fight against AIDS at the heart of the campaign because of the 150 designers and the hundreds of clients who make a difference.
The idea was to metamorphose the iconic photo of the Iwo Jima battle into a victory of life over death, of Man over disease.
Use the sacred to show a simple idea: by commitment and by fighting, we can beat AIDS with a simple pair of knickers.

Inform the general public of the date of the Great Fashion Sale 2009.