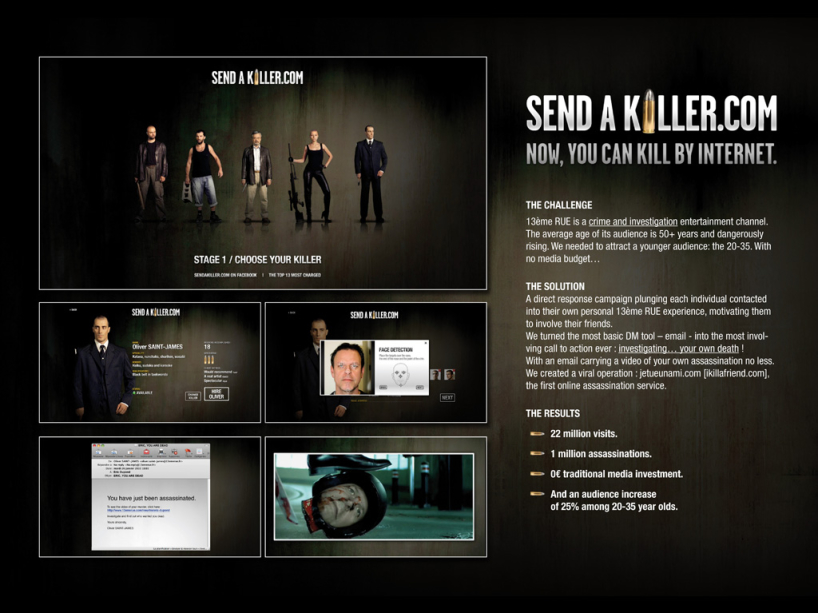 This case study is the key to understand this award-winning innovative and unusual form of entertainment created by BETC Euro RSCG for 13e RUE, NBC UNIVERSAL’s crime channel.
After uploading a photo of the friend that you want to eliminate, you, the user, are treated immediately to a video of the murder. Meanwhile, the victim is warned by email that he has just been assassinated and can in turn view the film of his own death. After witnessing his death, the victim is invited to run an investigation to unmask the person who commissioned their murder, discover the motive of the crime and enable the arrest.
This interactive system inaugurates and embodies the new signature of the 13ème RUE brand: “13ème RUE unleashes the investigator in you”. An experience of a criminal investigation, which aims to provide a taster of what, is available daily on 13ème RUE.

The website has now received over 19 million hits, without any media investment, and has been a real success on Internet and on TV. A huge achievement for a French website.
FacebookTwitterLinkedinMail
PinterestWhatsappPocketImprimer