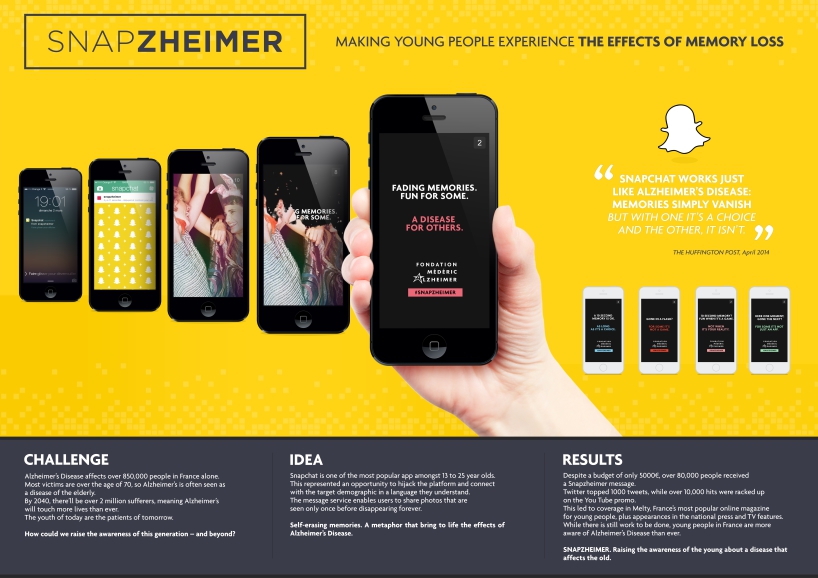 Alzheimer’s disease affects over 850.000 people in France alone. Most victims are over the age of 70, so Alzheimer’s is often seen as a disease of the eldery. By 2040, there’ll be over 2 million sufferers, meaning Alzheimer’s will touch more lives than ever. The youth of today are the patients of tomorrow. How could we raise the awareness of this generation – and beyond ?

Snapchat is one of the most popular app amongst 13 to 25 years olds. This represented an opportunity to hijack the platform and connect with the target demographic in a language they understand. The message service enables users to share photos that are seen only once before disappearing forever. Self-erasing memories. A metaphor that brings to life the effects of Alzheimer’s disease.

Despite a budget of only 5000€, over 80.000 people received a Snapzheimer message. Twitter topped 1000 tweets, while over 10.000 hits were racked up on the You Tube promo. This led to coverage in Melty, France’s most popular online magazine for young people, plus appearances in the national press and TV features. While there is still work to be done, young people in France are more aware of Alzheimer’s disease than ever. Snapzheimer. Raising the awareness of the young about a disease that affects the old. 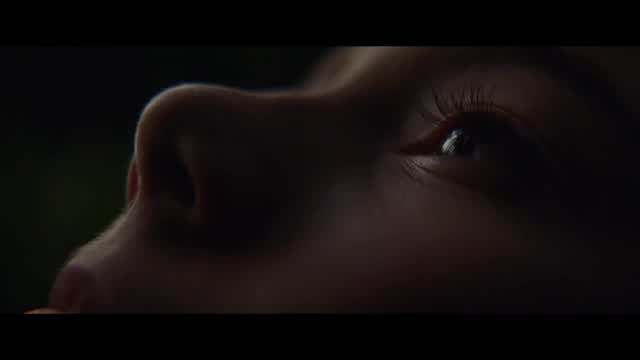